In this guide, we are going to review the Bauer Vapor X800 hockey stick. It has vapor signature micro feel to shaft dimensions and these are contouring in nature so rounded corners and double concave sidewalls are smaller overall diameter than the rest of the power sticks. 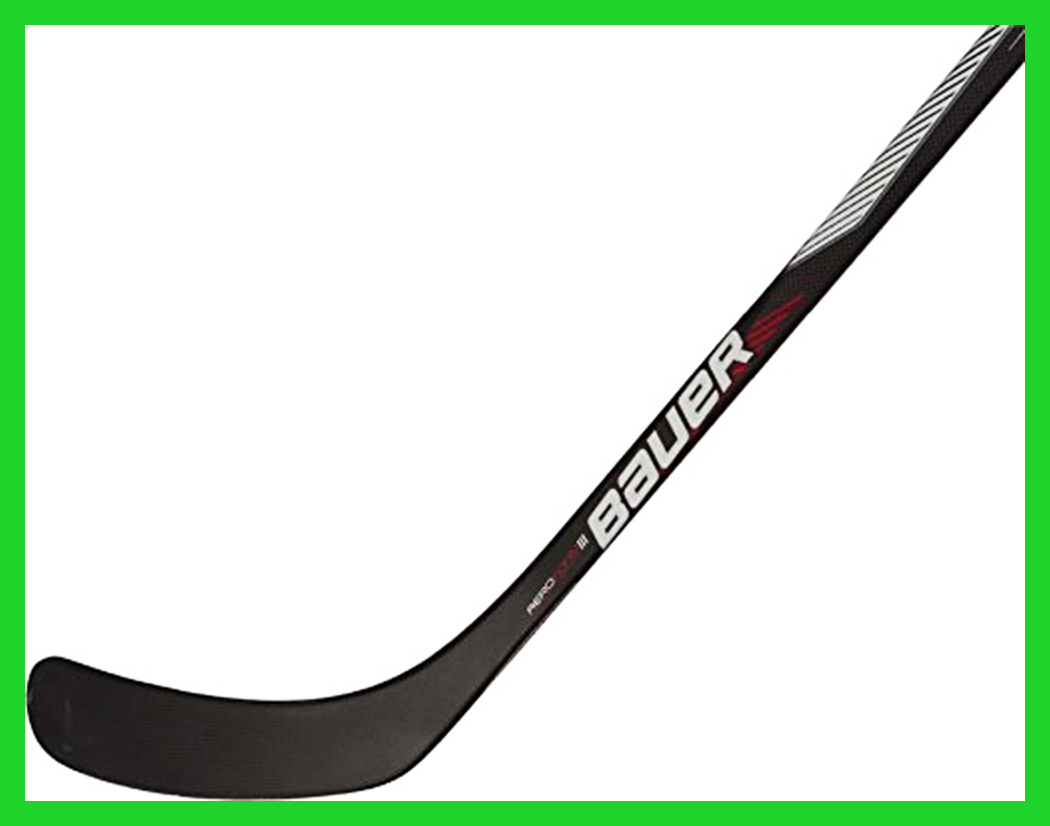 They use 3K carbon fiber in this stick that’s actually a prospect you see a lot of pros in the NHL still using today but construction-wise still going to be that 2-piece same as the previous version.

This is what they call their quick release taper which gives you a super low kick so these are really ideal for players who like to get the puck off in a hurry but not for those power shooters who tend to load up and lean into their shots. The Bauer Vapor X800 stick is the second generation of this design.

It is a real aggressive taper that goes into the blade but Bauer’s ability to actually improve not only the durability but the loading ratio as well. So this new taper allows you to load up and store energy more efficiently and quicker than the competitors. This gives you a little quicker release and it does not take off any of the power but also again increases that durability in the high slash zone.

In the blade, this is where we see their pure shot blade profile. This is going to be extra reinforcing material between the shaft and the blade. It prevents your blade face from opening up on big shots just making sure that blade face stays square to the target giving you deadly accuracy.

This is a really big deal in this version of the Bauer Vapor hockey stick. They use the max 3K carbon fiber weave to give a player liveliness, responsiveness, and more durability.

They feature their ERA foam 3 internally which is a big upgrade not only from that X700 stick but also from last year’s X800. We are getting a higher-quality foam package that gives you a better puck feel all the way throughout but it also has a lot more pop and stiffness to it.

Into the graphics, they paid a lot of attention, especially this X800 has the big splashes of white at the bottom and has some nice metallic accents with a red top. This has some cool texture that runs throughout it as well.

It has a nice balance feel despite being a mid-price point but you are getting a lot of great technologies that you wouldn’t have found in this line a couple of years ago. You are getting the arrow foam three package which used to be one of the premier foam packages in any of their lines so it is a high-quality foam.

They are giving you great pop accentuating. As we talked about QRT and quick release, you will get a full 3k prospect as well. So in our opinion, they did a really good job not only upgrading it but taking it to the next level.

Get It On Amazon
Get It On HockeyWorld
Categories: Hockey Sticks

In this article, we are going to review the new Bauer Supreme MX3 hockey stick. It features a lot of the same features that the NXG hockey stick has, but they made one really big Read more…