If you want to know where to buy a unique and Stanley Cup ring, you’re in the right place. In this guide, we’ll show you the best 6 Stanley Cup championship rings for hockey fans and players. These rings are all different and have their own history. A Stanley Cup ring is a nice way to remember how well your favorite team did. So buying one is an investment that you won’t regret. 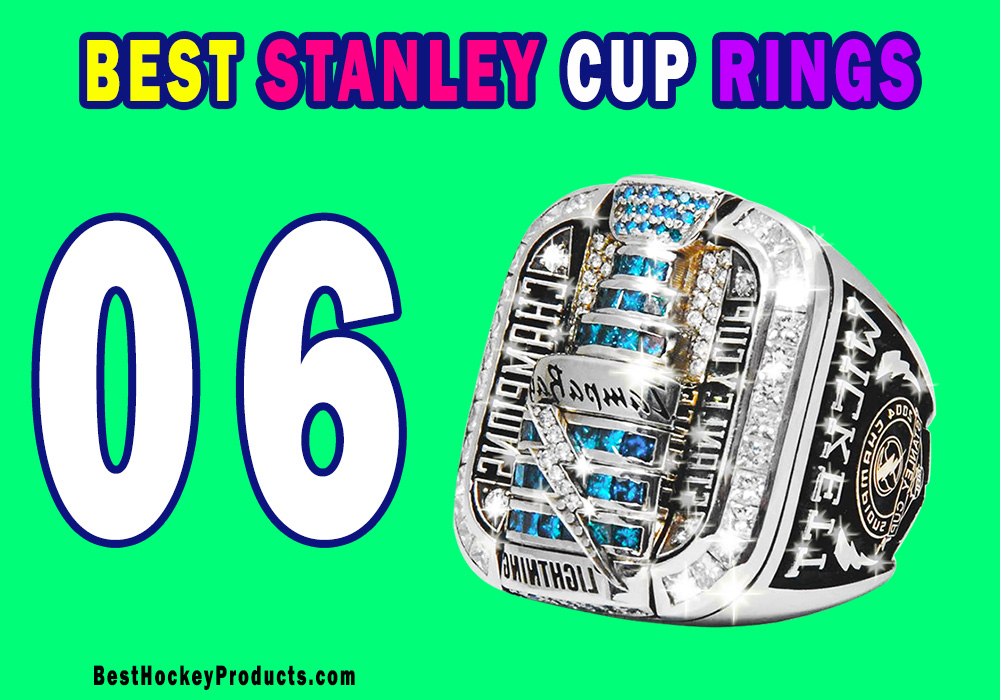 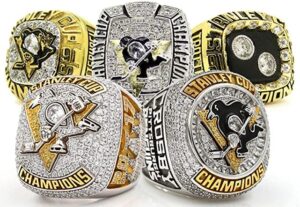 If you enjoy watching the Pittsburgh Penguins, this amazing NHL champions ring might be of interest to you. It features an eye-catching Pittsburgh Penguins logo set on a yellow gold triangle surrounded by crystal diamonds. You can find a hilarious penguin holding a hockey stick among the diamonds. On top of the ring, diamonds that have been set by hand make it look like a waterfall. These come in a 5pcs pack so a great buy for hockey enthusiasts who love collecting anything about hockey. 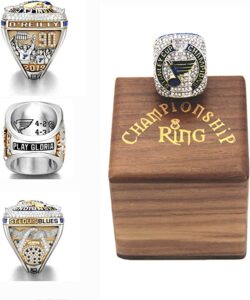 This St Louis replica ring celebrates the team’s championship run with its stunning design. It features a stylized cup, complete with a diamond-encrusted lid. The ring’s blue note logo features blue sapphires, each carefully channel-set in artificial yellow gold plating. They are accented with custom antiquing, which is the same treatment used in vintage-style jewelry. Also, it has custom-colored enamel logos, a waterfall effect, and the championship year, 2019. They send it in a nice classic wooden ready-to-gift box. 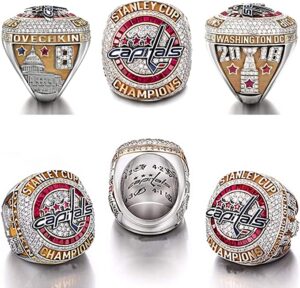 A limited-edition Stanley cup championship ring was released by the team for the fans. With a round-shaped ruby at its center, this ring is an impressive addition to any collection. It also features the team’s name and the season they won the Stanley Cup. Made of platted gold and features artificial round diamonds and other specialty stones. It features intricate storytelling details, including the Washington Capitals’ four series-winning games.

These Maple Leaf replica rings collection is the perfect piece of hockey memorabilia for any fan of the NHL. Each ring is made of high-quality metal and is adorned with sparkling stone on the team’s logo centered in the middle of the engraved statement Stanley Cup Champions. Moreover, each of them is boasting a unique year number (1962, 1963, 1964, 1967) when Toronto Maple Leaf won the Stanley Cup titles. Go ahead and buy one for yourself or a loved one as a precious gift. 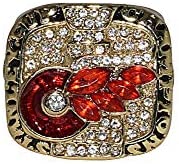 The Detroit Red Wings Stanley cup Champions ring is an impressive trophy to be cherished and worn with pride. Aside from being a great gift for Red Wings enthusiasts, this ring represents the team’s spirit and serves as a symbol of loyalty. The ring itself is a perfect reminder of what it means to be a Red Wings fan. But, the real reason why Red Wings fans should buy it is not that it is the only ring with this title. 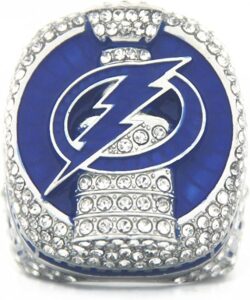 The TBL 2020 ring is an enviable gift for any NHL fan. This ring is adorned with shining replica diamonds around the top of the ring and the bottom edge. It features the team’s full logo, and name, as well as the year of becoming champions in the Stanley hockey cup. It comes in 3 size variations 9, 11, and 13.

Get It On Amazon
Categories: Accessories 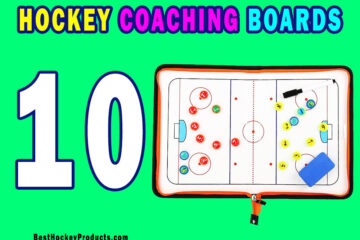 Finding the best hockey coaching boards is very important for you if you want to make your work as an ice or field hockey coach easier and more pleasant. You will be able to choose Read more… 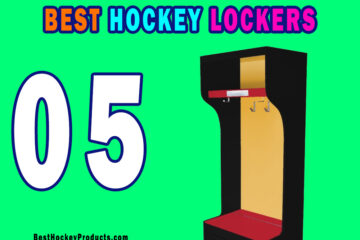 If you’re searching for new hockey lockers, you’ve come to the right place. A locker that can accommodate a complete team or a single player is available to buy online and at local sports equipment Read more… 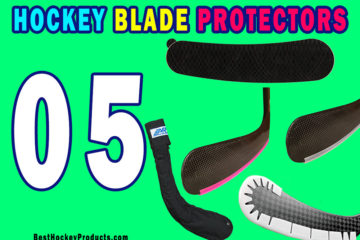 If you want to protect the blade of your hockey stick from dents and dings, you should consider buying a proper stick blade protector. This type of protection will keep your blade in good shape Read more…